An Emilie Autumn Playlist for the Zodiac

Happy birthday to the singer, actor, and writer Emilie Autumn! I talked about her birth chart last week, but this week we are celebrating her 43rd birthday.

Let’s celebrate by pairing each of the zodiac signs with one of her iconic songs. Don’t forget to check your moon and rising as well as your sun sign. You can check your birth chart here.

Not going to lie, this was a hard one to write because she has written SO many songs!

I am a proud Aries and I like to call my fellow cardinal fire signs the warriors of the zodiac for a reason. We like to fight. We fight for what we believe in and we fight for those who we care about. Our hearts are weapons of war, so I had to pair us with a song that speaks to our inner warrior.

As earth signs, Taureans are quite dependable and always have their stuff together. I paired them with this song because I can imagine them making a checklist of old Victorian weapons that can be used against a tyrannical patriarchy. I can also imagine them stopping for tea in the middle of a battle.

As the wordsmith of the zodiac, Geminis certainly have a way with words. Some of the world’s most masterful poets and storytellers are Geminis, so they will appreciate being paired with a song that contains lyrics like “just remember a day gone by is never really gone, if your tale goes on.”

Cancer gets paired with the song that is arguably one of Emilie Autumn’s most famous songs. The song pays homage to the tragic Shakespearean lady, Ophelia. I believe Cancerians will enjoy this cathartic song because they may be able to identify with the morose yet compassionate character.

I’ve said it before and I’ll say it again. I have NEVER met an unattractive Leo. I have also never met a Leo who was anything but entertaining. So I bet they will enjoy singing this fun song full of tongue-in-cheek lyrics while making a show of preening themselves.

Virgo – One Foot In Front Of The Other

Virgos are sometimes thought to be quite timid. Maybe there is some truth to that assumption. But if you have ever witnessed a Virgo overcome their anxiety so that their strength and power may flourish then you have witnessed something truly breathtaking. This song will help to fortify the pragmatic earth sign.

Libras are ruled by Venus, a planet named for the Greek goddess of love. So naturally, I had to pair them with a song about holy matrimony. The cardinal air sign will enjoy the playful and irreverent lyrics. And they will also probably identify with the ambivalent narrator of the song.

This song is not actually from any of Emilie Autumn’s official albums. It is from Terrance Zdunich and Darren Lynn Bousman’s masterpiece The Devil’s Carnival. This song will speak to the fixed water sign’s secretive nature. Plus, they have to love a song about scorpions.

Sagittarius – Epilogue: What If

Capricorns are known to be solid as a rock. They are strong and dependable, but it can be hard to get through to them on an emotional level. I think they will relate to a song that begs the listener to tear their castle walls stone by stone so that they can be free to fully express their thoughts and emotions.

If you were to ask an Aquarius what they desire more than anything, they might say understanding and independence. It is for this reason I paired them with a song that serves as a retelling of “The Lady of Shalott.” The fixed air sign will easily relate to the character’s desire for freedom from her tower prison.

Pisces are imaginative water signs. So naturally, I had to pair them with a song full of watery imagery. The mutable sign will appreciate the allusions to Alice in Wonderland as the fantastical lyrics like “I’m not a faerie, but I need more than this life so I became this creature representing more to you than just another girl.”

Ophiuchus is not a real zodiac sign, so they don’t get a real Emilie Autumn song. But they can have her cover of a Cyndi Lauper song. 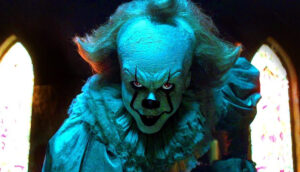 Easy Ways to Save Money on Pet Expenses