Read on to find out which Egyptian Goddess relates best to your zodiac sign!

For thousands and thousands of years, human beings from various cultures worshiped pantheons of deities. We have already talked about Greek and Roman Goddesses, but today we are talking about the Egyptian goddesses. I have paired up a goddess with each zodiac sign, and yes, I have even paired up Ophiuchus. Read on to find out which Goddess you are! Don’t forget to check your moon and rising signs as well as your sun signs.

I feel the need to add a little disclaimer. There are many theories about what each deity represents to Egyptian culture. For example, many of the goddesses on this list can be associated with motherhood, but I chose to focus on other aspects that they may have represented. I have researched the following goddesses to the best of my ability and paired each goddess with the sign I believe represented them the best.

Aries – Sekhmet, The Goddess of War

There are so many reasons why I paired the goddess Sekhmet with the cardinal fire sign. Sekhmet is not only the fearsome goddess of war, but she is also believed to have been created from the fire of the sun god Ra’s eye. But fire and battle are not the only things she has in common with Aries. The goddess is also fiercely loyal and protective of Ra and the Pharaohs.

Taurus – Hathor, The Goddess of Love, Sex, and Motherhood

Taurus is ruled by Venus, the planet of sensuality and adoration. Taureans are also known throughout the astrological world as the quintessential mom-friend. So naturally, I had to pair them up with the goddess of love, sex, and motherhood. Taurus also gets paired with Hathor because she is often depicted with a cow’s head or cow horns and Taurus’ symbol is The Bull.

Side note: In my research, I have found that Hathor is not the only goddess associated with cows, but there are more depictions of her as a cow.

Gemini – Nekhbet and Wadjet, The Protector Goddesses also known as “The Two Ladies”

Gemini gets paired with two goddesses, and this is admittedly more of an offbeat pairing. Nekhbet is often depicted as a vulture goddess and was the protector of Upper Egypt. While Wadjet is depicted as a snake goddess and was the protector of Lower Egypt. When Upper and Lower Egypt were unified, these goddesses were paired together and called the Two Ladies. I paired these goddesses with Gemini because duality is important to both parties.

Cancer – Taweret, The Goddess of Childbirth and Fertility

Cancerians are compassionate and sensitive souls, so I paired them with the benevolent goddess of childbirth and protector of children. But this is not the only reason they are paired together. Taweret is also associated with the inundation of the Nile, which I’m sure will resonate with the cardinal water sign.

Leo – Bastet, The Goddess of Cats

Leos will be happy to know that they are suitably paired with the goddess associated with pleasure and good health. But the main reason they are paired with this fascinating deity is her connection to the sun and cats. Bastet is the daughter of the sun god Ra, and Leo’s ruling celestial body is the sun. Bastet is also commonly depicted as a cat, and Leos are represented by The Lion.

Virgo – Renenutet, The Goddess of Nursing and Rearing Children

As earth signs, Virgos are known for their kind and protective nature. That is why the goddess Renenutet will resonate so well with them. She is not only the goddess of nursing, but she is also the goddess of nourishment and the harvest. Her dedication to the health of children will speak to the wholesome earth sign.

Libra – Maat, The Goddess of Justice and Balance

Libra did not get paired with the goddess of Justice in my Roman Goddess article, so I’m going to rectify that in this article. Ma’at is the goddess of justice and balance, so naturally, I had to pair her with The Scales. But she was more than a goddess to ancient Egyptians. She was the personification of the order that holds the universe together. She is also often depicted with wings and feathers, which is perfect for an air sign.

When I researched the Egyptian pantheon and came across Serket, a goddess who protected venomous creatures, namely scorpions, I knew I had to pair her with Scorpio. She is also known for her association with magic and healing. As the protector of Scorpions, she was known to heal venomous scorpion stings.

Sagittarius – Neith, The Goddess of Wisdom

As an elder goddess, Neith is known for her wisdom. And the sagely Sagittarius is one of the wisest signs in the zodiac. Some websites call her the goddess of arrows because they were a common symbol associated with her. This association makes her a perfect match for The Archer sign.

It is believed that Isis is one of the most important deities in Egyptian culture. So I’m sure this pairing will do wonders for Capricorn’s ego. Capricorns have a very protective nature, so naturally, I paired them with the goddess known to be the protector of women. She is also associated with death and rebirth, which is fitting for the cardinal earth sign because the calendar year begins and ends with Capricorn season.

Aquarius – Nut, The Goddess of Sky and Stars

Aquarians are often seen as outsiders, and their personalities can seem a little out there. Because these air signs can be seen as a little spacey, I thought it would be appropriate to pair them with the goddess of the sky. But that is not the only reason for this pairing. Nut is often depicted as a giant star-clad woman covering and watching over the earth, and compassionate Aquarians often feel compelled to watch over those whom they love.

So, in my research, all of the articles about Tefnut call her the goddess of moisture. I know a lot of readers will have an issue with that word, so I labeled her by two of her other associations — dew and rainfall. This goddess will resonate with the mutable water sign not only for her watery nature, but also for her association with the moon, and The Moon is Pisces’ tarot card.

Ophiuchus- The Entire Cast of The Mummy

I know we love the movie The Mummy (The Brendan Frasier version, not the Tom Cruise version), but we have to acknowledge that its portrayal of ancient Egypt is not historically accurate. Just as the movie is not a true portrayal, Ophiuchus is not a true zodiac sign. 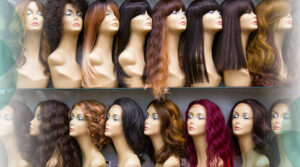